This project is an eternal work in progress.

This time I wanted to do something real and usable for real games. The examples are a bit on the ugly side (lots of programmer art!), but my intention was always to concentrate on the code. Here are some of the current features:

In its current state, it’s very usable. I’d say a game like Quake 3 could be fully implementable.

The best part, for me, is the entity system. This makes the server game work the way I like and makes me very productive. I can implement any gameplay feature I want very quickly and cleanly!

Here is a slightly outdated paper describing the engine in detail, written in brazilian portuguese:
(removed until I update it) 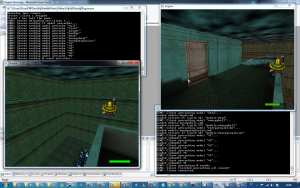 In the screenshot: and old test version with a sample Quake 3 BSP Map is loaded with two clients connected. The player model was a 2D sprite and the collision shape was a capsule. The engine instance which runs the server also has the capability to draw debug lines representing the physics shapes and bounding boxes in the physics engine.
This test game had a working status bar, some weapons, one enemy, items, triggers, multiplayer, doors, buttons, voxel manipulation, sound effects and other stuff. 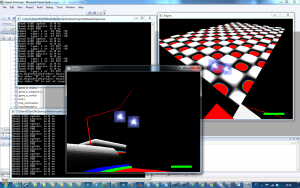 In the screenshot: A voxel world so big (running in real time, white mountains not hollow) that the two players can’t even see each other. 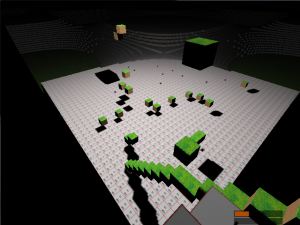 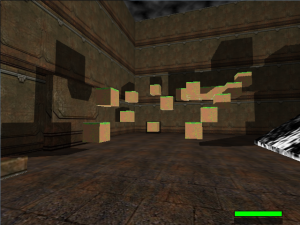 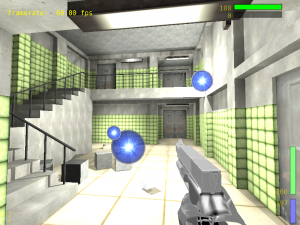 In the screenshots: dynamic lighting and shadowing. On the last one the effect of additive light blending can be seen. Z-sorting wasn’t implemented for transparent entities at the time of this screenshot, as can be seen with one sprite being drawn on top of a nearer one. 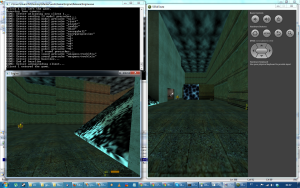 In the screenshot: cross-platform play between Windows PC and Android (with the android emulator, to make it easier to see.) 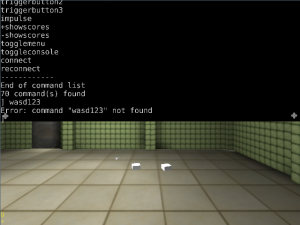 In the screenshot: console example. 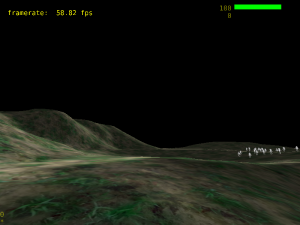 In the screenshot: heightmap example. 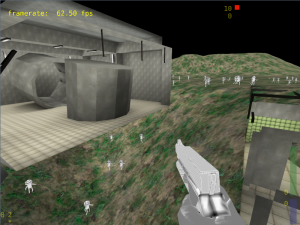 In the screenshot: mixing heightmap with a sealed BSP map to test physics and rendering, everything went well (except for the fact that the sealed BSP map had no outer faces, but that was expected). 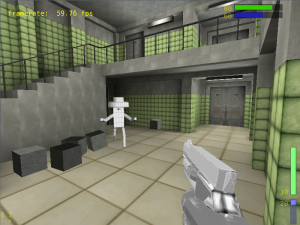 In the screenshot: two test animated IQM models, one as an enemy and one as a weapon view model. 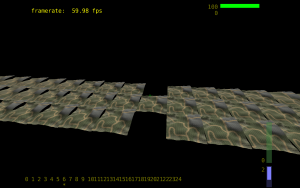 In the screenshot: testing heightmap level of detail from several kilometers away. 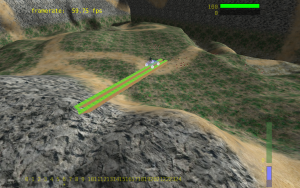 In the screenshot: heightmap + voxels + vehicle from the point of view of a remote controlled missile fired by the player who is on top of the vehicle. (Just like the weapon Slayer from Perfect Dark(tm) on the Nintendo 64.)